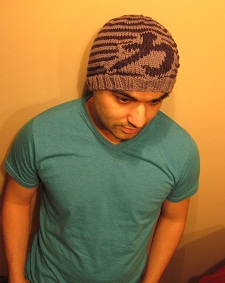 Here’s a great way to create a box for your small knitted gifts: Make a Paper Gift Box!

We have created for you some knit and stockinette stitch PDFs to download for free! You can use them for making paper boxes or even as a knit themed wrapping paper. 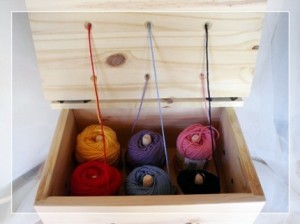 From angelschest, this Yarn Barn Project Organizer is one of the most brilliant ways I’ve seen to manage all those different lengths of yarn when knitting an ambitious intarsia sweater or making striped projects. As someone who loves all color work knitting, this caught my attention immediately. It is made with care and they can stain it in any finish you like, as a special request. I am putting this on my wish list! 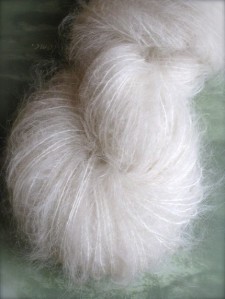 From PancakeAndLulu, this SNOW Mohair- Natural Mohair Yarn is luscious and all natural. It is undyed and unbleached. I think this yarn would make the coziest lace neck warmer! For those intimidated by mohair, try holding it together with a strand of merino wool to add extra softness and a pretty halo without the stress. At $9 for 120yds, this yarn is worth every penny. It’s so dreamy!

Dolce and Gabbana featured an entire collection of color-work knits in their Fall 2010 Collection at Milan Fashion Week, last week. Among my favorites was this knit dress with matching scarf: 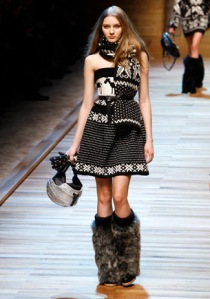 So beautiful! It made me want to cast-on a knit dress of my own. Also, this short sleeve jumper and maxi skirt: 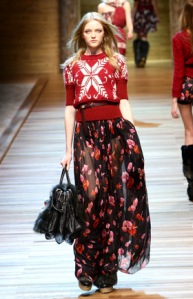 I love the idea of taking a simple knit chart and blowing it up to make it the focal point of the piece. I am so inspired by what D&G is doing and so happy to see fair isle making a comeback!

I saw this on Twitter last week and just had to post it here. What knitter wouldn’t love to have this in their home?

I wonder what it’s made out of…

This Body-Laptop Woolly Jumper provides warmth, privacy, and creepiness wherever you choose to use it. Does it come with insurance for when you are robbed blind during use?

From YarnPlayCafe, this Large Crafty Project Tote Bag is perfect for carrying around your latest WIPs. It is hand painted and can fit up to 8 skeins of yarn with room for your pattern and needles/notions. At $15, this bag is a steal!

From GoMonkeyDesign, this set of 2 Pattern Keepers in Robot will keep you in the right place in your pattern, no matter how many times you put it down or toss it in your bag. Every knitter should have a set. And how cute is that print?

Inspired by knitknitknits‘ Etsy How-To on Knitted Postcards, I designed and sent my own knitted postcard to my friend (and fellow knitter) Erin, in California. It said “knitta PLEASE!” 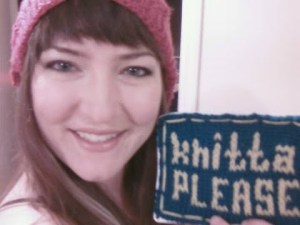 These are so fun to send and receive! It cost $1.39 to mail and it arrived in perfect condition. USPS will mail just about anything you can stick a stamp on.

Mail one to someone special today!

And if you aren’t familiar with them yet, check out knitta PLEASE.

Matthew Schaefer is a singer/songwriter living in Los Angeles. After graduating from Indiana University Jacob’s School of Music, he released his first self-titled studio album.

In his music, Matt weaves witty pop culture references with piano interludes. His lyrics are very true to life and I would bet anything that halfway through the CD you’ll catch yourself singing along. Ben Folds fans will love his music, but most would say he’s giving Ben Folds a run for his money. 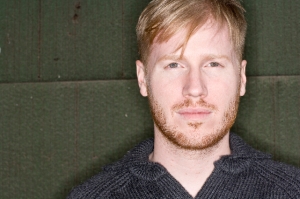 Matthew has performed for large audiences in New York, Chicago, and LA. At his last performance in Chicago, Matt debuted Mistletoe Song at Goose Island. It’s one of my favorites!

Matthew has also written songs for CBC Commercial spots and for Hallmark Corporation. You can currently find Matt “living, working, and making it work” in LA. 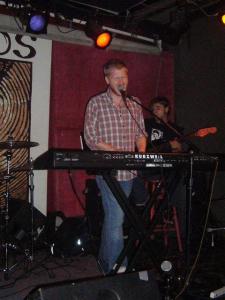 His next show is at Bar Lubitsch in Los Angeles on March 16th. You can find information on this event on his Facebook Fan Page. Feel free to tell your friends, if you like!

He is also beginning his “Dirty Laundry Tour,” which will take place at various laundromats throughout the Los Angeles Metro Area.

If you’re not local, here’s how you can find Matt:

There’s more exciting stuff to come from Matt; he’s currently in the studio recording his EP “Things That Fly (But Mostly Walk).”